Relationships are important to success in life and business. Like anything worthwhile, building relationships is a process that takes time and effort. First you meet, then spend time together, and finally, help each other to accomplish things you could not do individually.

A great example of building relationships is the relationship between JCCIH and the Higashi Hiroshima Chamber of Commerce and Industry (HHCCI).

The JCCIH and HHCCI established a Sister Chamber relationship in 1999. Each year since, both Chambers have invested in the relationship: HHCCI delegates attend our installation dinner, and JCCIH delegates attend the world famous Saijo Sake Festival in Higashi Hiroshima.

Kazuyuki Kihara, HHCCI Chairman, shared a story during his last visit. After the Japan tsunami and earthquake disaster in 2011, many Hawaii small businesses made efforts to raise disaster relief funds. A friend of Kihara-san from Japan was in Kona on vacation, and saw this. He saw local cafes and other small businesses with donation jars to collect for Japan’s tsunami and earthquake disasters. He also saw local people making donations into the jars. Kihara remembers this story well, and his friend was moved by this. So when Kihara-san heard about the lava disasters in East Hawaii, it was only natural to do something similar and to reciprocate what Hawaii Island people had done in small actions.

At the JCCIH installation dinner on June 21, 2018, Kihara-san presented to the JCCIH, a $1,000 cash donation towards the relief of the people and businesses affected by the Kilauea eruption.

Just a few weeks later, at the beginning of July, the Hiroshima area was struck by disaster. Several days of torrential rain resulted in flooding, landslides, damaged homes and business, and several deaths. Luckily, our friends at HHCCI are all safe. However, the community and businesses in Higashi Hiroshima will take time to recover. I will be working with our executive team and board of directors to monitor the situation in Higashi Hiroshima, and to help and support our Sister Chamber. Our members, and the relationships among our members are the strength of the JCCIH.

I encourage all of you, our members, to:

1. To meet other members. Attend Chamber events, and introduce yourself to other
members you don’t yet know.

2. To spend time with members. Volunteer to help: to setup, to register guests, to clean
up. Working alongside other members is an opportunity to build a relationship.

3. Accomplish things you could not do alone. Serve on a committee. Utilize your talent,
skills, and resources to make great things happen for our Chamber and the community. 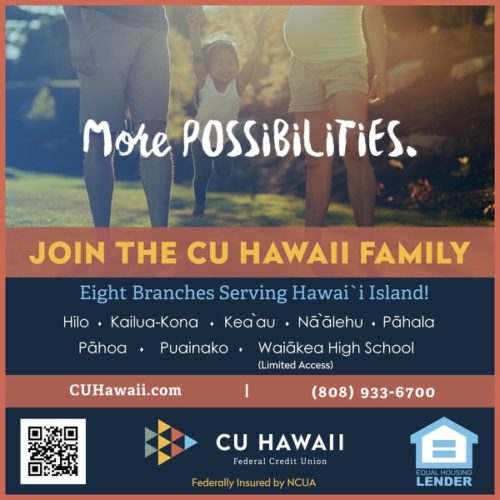 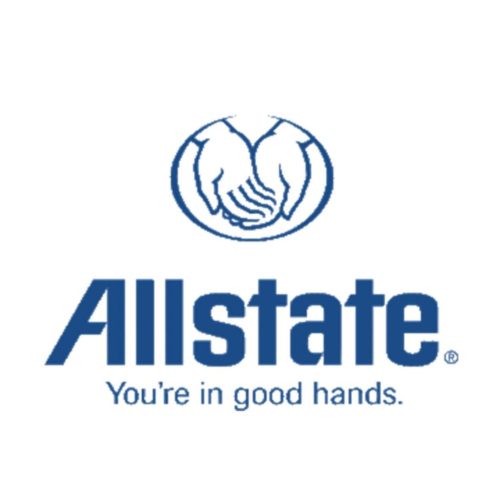 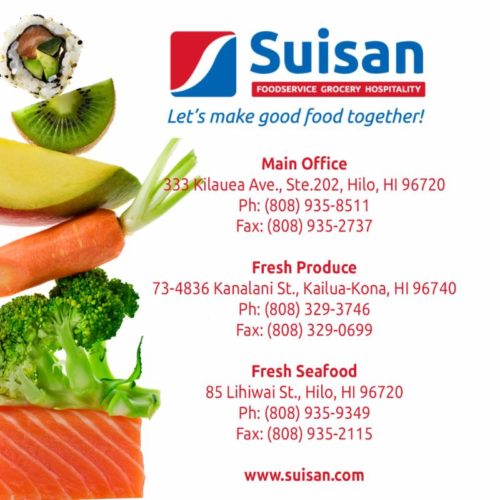 Long-time Chamber member and Community Leader, Shigeyasu Russell Oda, affectionately known to most of us as Russ, passed away at home on Tuesday July 27, 2018 at the age of 89.

Up until the date of his untimely passing, Russ was very active and we all were envious of how he and his beloved wife, Aki didn’t look or act their ages. Russ and his partner Harold McCarty founded the Oda/McCarty Architectural firm in 1967 and designed many of the buildings on our island. The firm merged with Durant Media Five in 2004 and Russ retired in 2009. He served as a Consultant to Fleming and Associates, LLC until his passing. He had numerous accolades throughout his life, however I wanted to share some things on three organizations.

In 1969, Russ met Dr. Sunao Wada, who was a Professor Emeritus of Hiroshima University’s School of Medicine. Dr. Wada was also the head of the Atom Bomb Casualty Commission, a joint Japan/US program that studied the effects of radiation and provided medical aid to victims. Dr. Wada was in Hilo as part of a medical survey team that studied the health differences of
Hiroshima descendants living in Hawaii and Japan. This began a strong friendship which led to a sister club relationship between the Rotary Clubs of Hilo and Hiroshima South. In 1971, Russ was president of his club and led a delegation to Hiroshima. Russ was also a charter member of the Sunao Wada Foundation which is an autonomous organization established by members of the Rotary Club of Hilo in memory of Dr. Wada. The Foundation’s purpose is to fund student exchanges between Hiroshima and Hilo. Russ had been active in his Rotary Club as well as the Sunao Foundation through his passing.

Russ was also the President of the Urasenke Hilo Association. He was Vice President in 1981 and President from 1999 through the present. He had a close relationship with the world-famous Dr. Genshitsu Sen, Grand Tea Master of Urasenke. I had the pleasure of serving as Vice President for the past 18 years or so and thoroughly enjoyed being around Russ. He was always very polite and caring and had a great smile and a great sense of humor.

Russ is survived by his beloved wife of 66 years, Aki, his daughter Rosanne Oda-Ching, son-in-law Randall and grandsons Riley and Reese.

He will surely be missed. 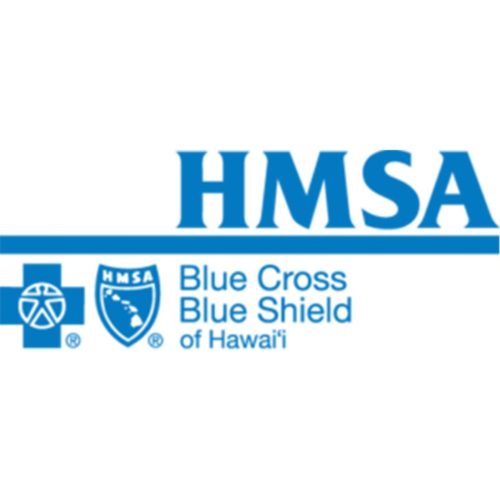 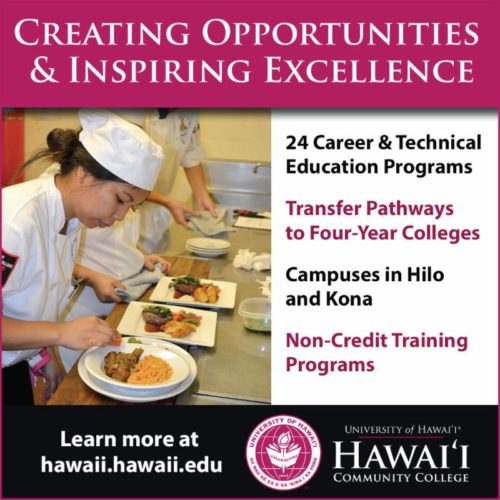 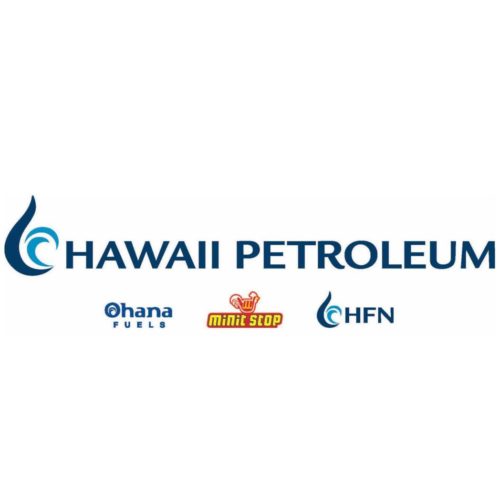 Five years ago, JCCIH and Subaru joined together to provide a cultural experience whose purpose was to build lasting friendships with the Subaru staff, JCCIH membership and the community. The Tanabata Star Festival is recognized in Japan, throughout the world, and now in Hilo. During this year’s Ganemono Recognition of the 150 th year of the Japanese Immigration to Hawaii, we build community interest by embracing traditional and cultural Tanabata Star Festival activities. Additionally, we highlight the importance of astronomy to our community with Dr. Yoshida’s update of recent discoveries.

Audrey Takamine, Russell Arikawa and Gina Tanouye created an entertaining “Nagashi Somen experience.” Hungry participants caught the “flowing somen” with chopsticks as the somen ran down the bamboo flumes. The Miuras and Shigetas, who provided the Hongwanji’s somen-nagashi flumes for the past four years, could enjoy the program and observe JCCIH’s new somen nagashi flumes in action.

Other traditional Tanabata activities included writing “Tanazaku Wishes,” which were displayed on the bamboo branches for all to read. Chad Ogata harvested the bamboo for the festival. Origami and star ornaments adorned the Subaru Lobby on bamboo branches under the directions of Irene Nagao. The “Milky Way” origami center piece was prepared by the St. Joseph School Students. 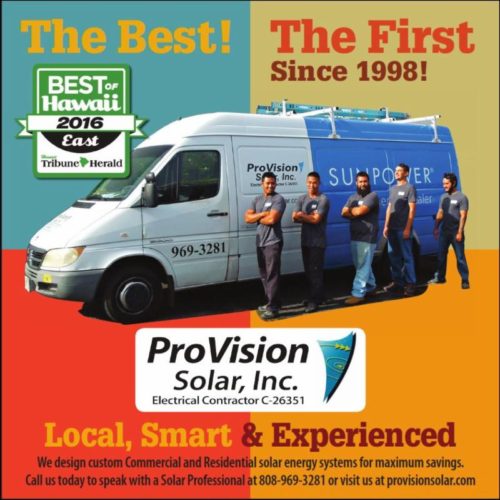 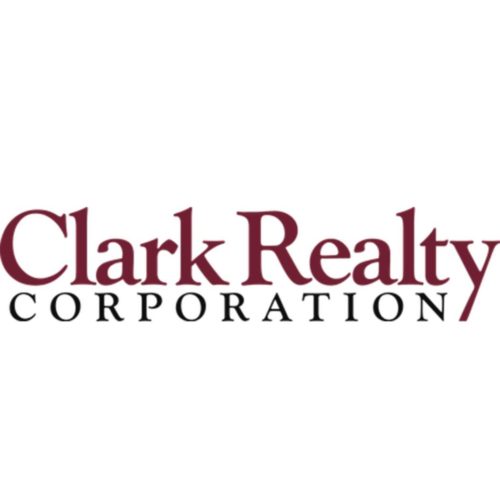 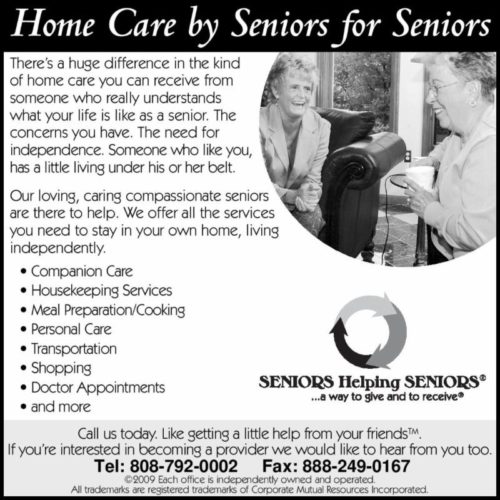 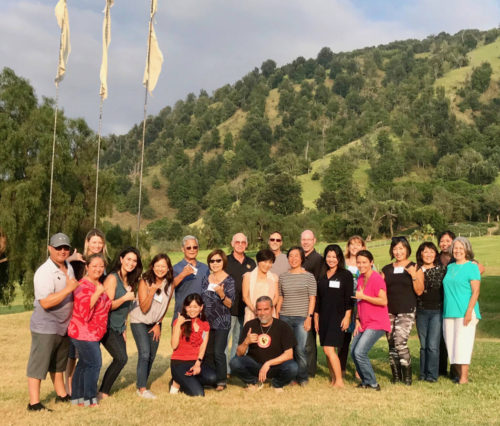 “I love corals. When I learned all the corals in the world will die by the end of the century, I realized we need to do something,” said Henk Rogers. “That’s when I decided to dedicate myself to renewable energy.” With these words, Rogers, a titan of the gaming and technology world, revealed his passion for sustainability to over two dozen JCCIH members on July 27, during a tour of his Pu‘uwa‘awa‘a energy ranch.

Henk is the founder of the Blue Planet Foundation, an organization committed to ending the world’s reliance on carbon-based fuel. Henk’s 32-acre ranch is powered by 360 Sharp solar panels. Energy captured by the panels is channeled to several quick-charging Sony Lithium Ferrous Phosphate batteries. These storage cells were selected after much research. Paul Ponthieux, Henk’s business partner (or “genius,” as Henk tends to call him) showed the JCCIH group videos of other Lithium battery types. Unlike the Ferrous Phosphate types, the other varieties are flammable and tend to overheat.

When it’s sunny, the batteries are fully charged by 10 a.m. at the ranch. What happens to the rest of the sun’s energy for the day? Henk’s team came up with a brilliant solution: use excess solar energy to split water (H2O) and produce hydrogen fuel. Is hydrogen safe? “Absolutely,” said Paul, who demonstrated its safety by using hydrogen fuel to power a BBQ grill.

The tour was followed by a Pau Hana Friday gathering with delicious pupu and bentos, with Henk; Henk’s wife, Akemi-san, Paul, Lori, and his other team members. We felt very inspired and energized by Henk’s vision and technology. The lab was filled with hope and excitement for the future. What made this tour even more special was the down-to-earth attitude and warm
hospitality projected by Henk and his team. Their passion inspired all of us to keep working toward a more sustainable world. 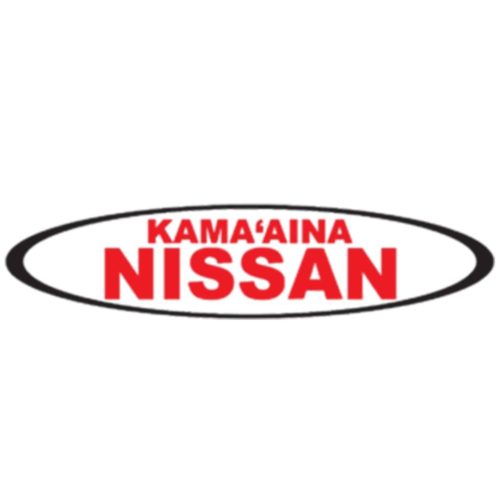 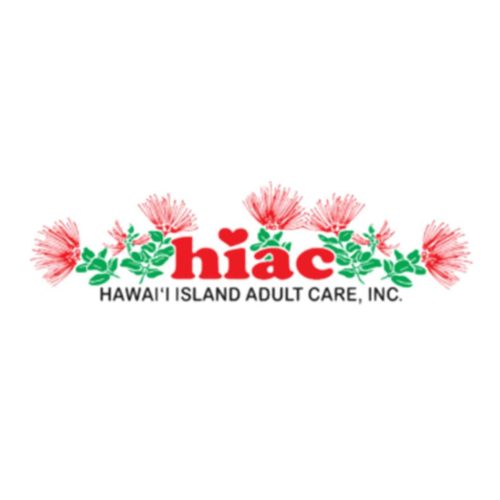 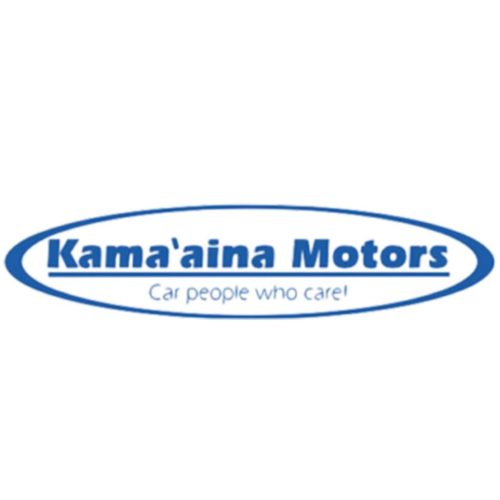 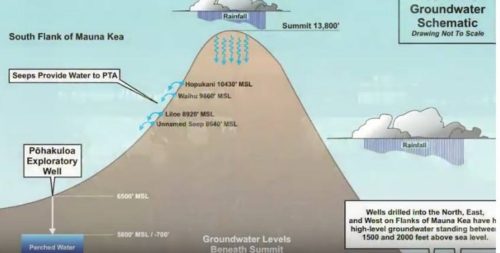 Tom Nance, President of Tom Nance Water Resource Engineering, provided testimony for the TMT Conservation District Use Permit Contested Case hearing that was not refuted by any experts. He concluded that in “the light of the foregoing, the TMT Project will not have a significant or adverse impact on water resources, including Lake Waiau and the underlying groundwater.” Read More… 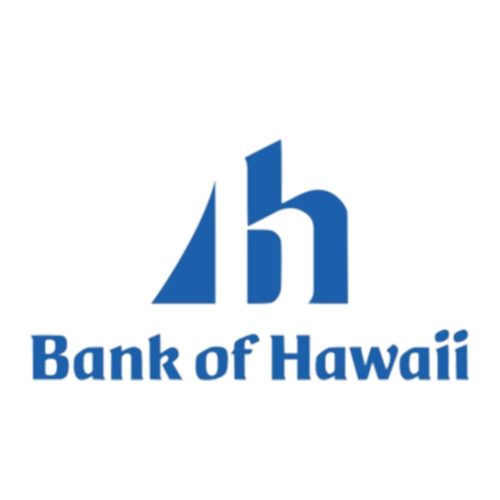 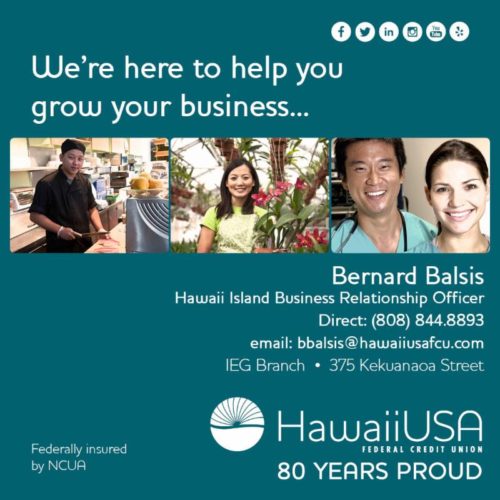 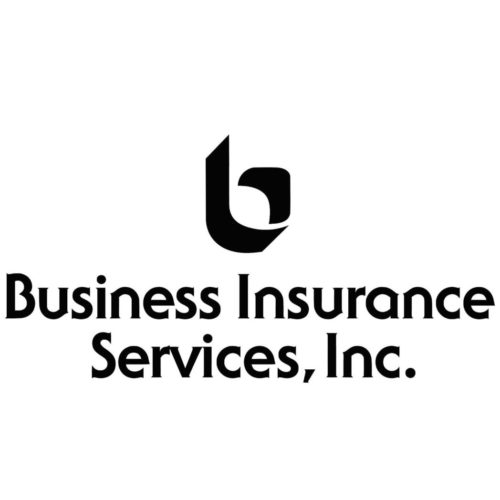 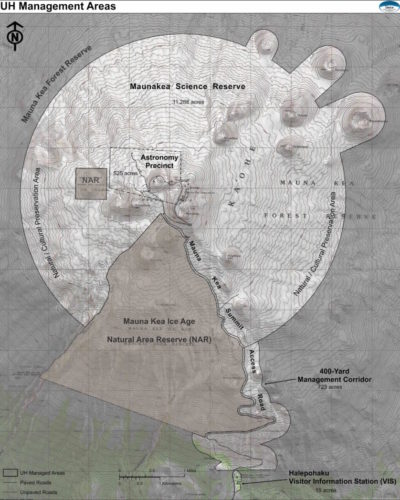 After many legal and administrative delays, the University of Hawaii is moving forward with the process of adopting rules governing public and commercial activities on the UH-managed lands on Maunakea. UH will schedule public hearings in early Fall to gather feedback as part of the approval process. Read More… 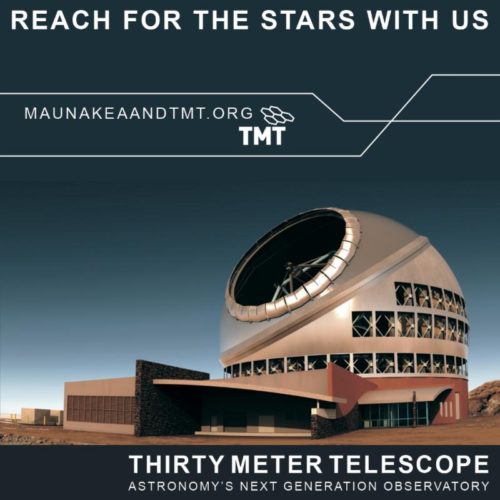 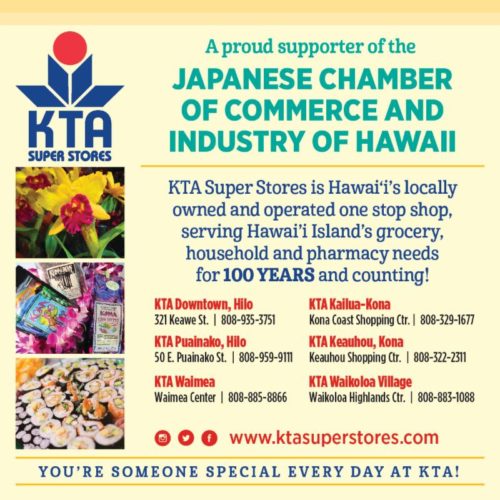 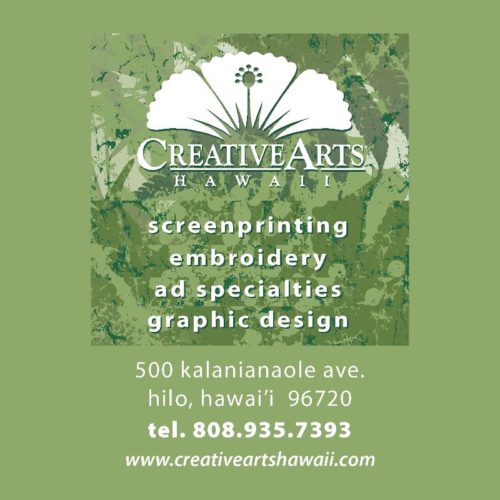 Get Your Tickets — 20th th Annual “A Taste of Hilo”

We expect to have a “sold out” event this year, so purchase your tickets early. Approximately 30 vendors have committed to putting forth their best.

Tickets are $55 presale and available at our chamber office, online, or through TOH Committee members.  Proceeds from this event support higher education at Hawaii Community College. 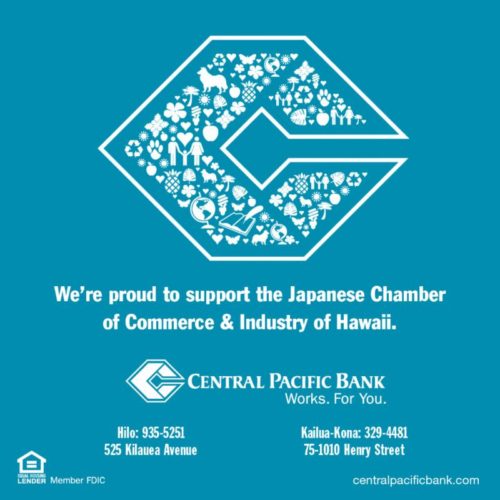 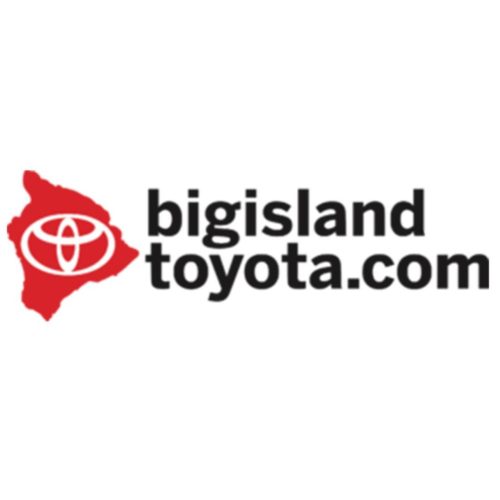 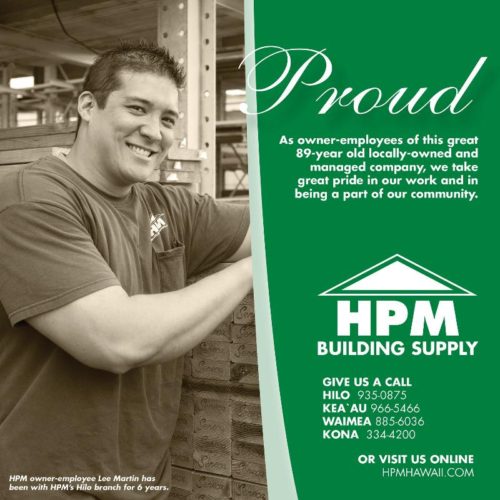 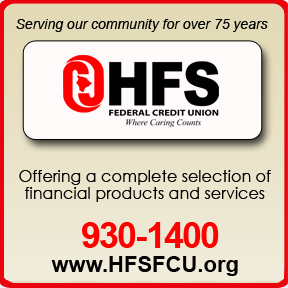 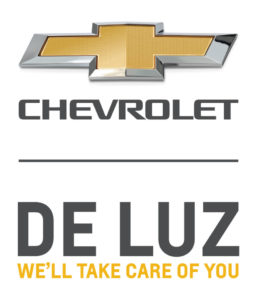 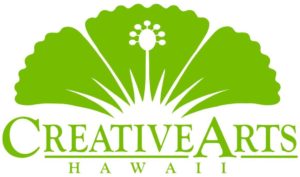 Mahalo to our Sponsors! 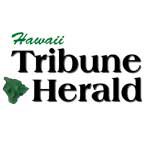 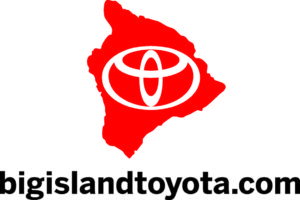